The technological boom made the gambling industry more profitable and appealing. The development of the innovations has enlarged the circle of the opportunities for the developers, openning brand new sphere for bussiness management. However, how the casino software developers adapt to new modern gambling features? Let’s find out.

The challenges, standing in front of the developers

The gambling market makes progress along with other economic sectors. The developers of the casino games meet huge amount of challenges:

t is not the full list of the challenges for the casino deveopers. They try to learn new tendentions and share the experience in order to offer interesting gaming product.

Social Casino As the New Solution for Gaming Companies

As you know there is a big list of best online casinos for real money, floating over the Internet. However, social casinos is a new word in the gambling market. This product helps gamblers to stay in the view of online operator, getting email copies that stimulate for returning to the game. This instrument is really effective.

The casino games creation is the bussiness that has to make huge money. The cruel competition and overstated expectations force casino software developers to search for the unusual solutions, discover and invent brand new modern gaming products.

Tourists flocking to Macau grew 3.7 percent in May, with visitors from mainland China leading the pack to the former Portuguese enclave. 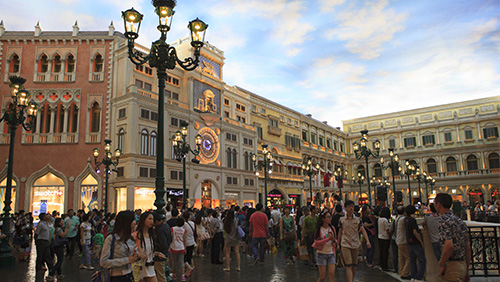 Data provided by Macau’s Statistics and Census Service (DSEC) showed that Macau welcomed 2,570,428 visitors in May 2017, higher the figures posted during the same period last year. But in terms of month-to-month comparison, May’s number fell 6.3 percent from April 2017.

According to official data released by Macau’s Public Security Police and the Macao Government Tourism Office, a total of 375,000 visitors arrived in Macau during holiday period, up 6.7 percent compared to 2016’s holiday.

Koreans were the top non-Chinese visitors in Macau. Korean tourists surged by 50.1 percent to 72,205 in May. Macau also saw an increase in visitors from Taiwan, up 9.5 percent to 89,118, while American and Australian tourists fell to 15,461 and 6,873, respectively.

The big winners at this year’s British Academy of Film and Television Arts (Bafta)Games Awards include Her Story, Rocket League, and Everybody’s Gone to the Rapture. But none of them claimed the coveted crown of Best Game—nor, I’m sorry to say, did The Witcher 3: Wild Hunt, which was shut out across the board.